Athens is so much more than history and the birthplace of democracy. It is home to places like the Athens Riviera, a charming coastal area in the southern suburbs of the Greek capital that is absolutely breathtaking.

Athens Riviera is located a few kilometers away from the center of Athens and offers five-star resorts, marinas, restaurants, spas, clubs, and exceptional sailing opportunities. The climate is ideal for a beach and it really is a magnificent summer destination that is not to be missed.

The Athenian Riviera is as beautiful as in the movies and has all the luxuries of a dream place.

Certainly one of the most beautiful locations in Greece, the Athens Riviera features all sorts of historical landscapes and beautiful blue beaches that make it a great spot for a long vacation and a favorite destination for short city breaks.

Athens Riviera is a very popular location with modern tourist infrastructure and an alluring ambiance.

The shoreline along the Athens Riviera -or the Athenian Riviera as it’s often called- is home to the Apollo Coast, a stunning 48-kilometer sandy coast that attracts thousands of visitors every year.

The area has all the options from traditional landmarks to modern vacation spots that intrigues all sorts of avid travelers.

The coast has beautiful free beaches with pristine sand and crystal-clear waters, volleyball courts, and gourmet dining options for entertainment.

The fancy and sophisticated venues feature luxury hotels for tourists (check some of them on Booking.com) to spend the night with most of the luxurious accommodation options around the area offering stunning views.

The Athens Riviera is also home to the Four Seasons Astir Palace Hotel, one of the best resort hotels in Athens. This hotel is also one of the best in the world, and not without reason. See some photos on booking.com

To reach the Athens Riviera, you can take a tram, a modern railway vehicle that connects Athens from the central square to the southern suburbs, by which people can reach the coast swiftly.

The ride towards the Athenian Riviera begins from Faliro and goes all the way to Sounion.

There is a route known as T3 which departs from Faliro and reaches Voula. The ride is an excellent opportunity to enjoy a wonderful picture of the coast and marvel at the jaw-dropping sea views while escaping the hustle and bustle of Athens.

Athens Riviera is truly a one-of-a-kind destination with such close proximity to the city center that makes it an unmissable attraction.

During the trip from Athens to the Athenian Riviera, you will even come across various neighborhoods that are located along the seaside.

There are several stops along the way for you to stop and cherish the glamor of some of the most beautiful locations of Athens that include Alimos, Glyfada, Voula, Vouliagmeni, Saronida, Varkiza, Lagonissi, and Anavyssos.

These sites offer an abundance of are suitable for a number of activities.

Apart from driving or riding the tram to get to the area, there are many marinas throughout the coastline, offering the option for a sailing cruise along the most cosmopolitan beaches of Athens.

On the Athenian Riviera, you’ll find the famous Temple of Poseidon, one of the most important historical landmarks of Athens that offers unparalleled energy.

As myth has it, Codrus, who was the last of the semi-mythical king of Athens, sacrificed himself for the might of this temple.

The Athens coast looks just as beautiful with a full moon as it looks under the bright rays of the sun. It is a place that brims with history and signifies everlasting peace.

Things to Do in Athens Riviera

Athens Riviera is considered to be one of the most impressive coasts in Europe and may even be the best for some as the area sees more returning visitors year after year.

Here is a list of the top attractions and the best things to do in the Athens Riviera:

Visit the Temple Of Poseidon

This historical landmark is probably the most popular attraction on the Athenian Riviera.

The atmosphere around the Temple of Poseidon emits certain captivating energy that is best experienced when you are at the top of the cliff.

Climbing the Temple of Poseidon often makes visitors wonder what life in Athens was like in ancient times.

After all, this monument is one of the best ways to get a glimpse into the glorious past of Greece. Read below how to organize a day trip from Athens to the Temple of Poseidon. 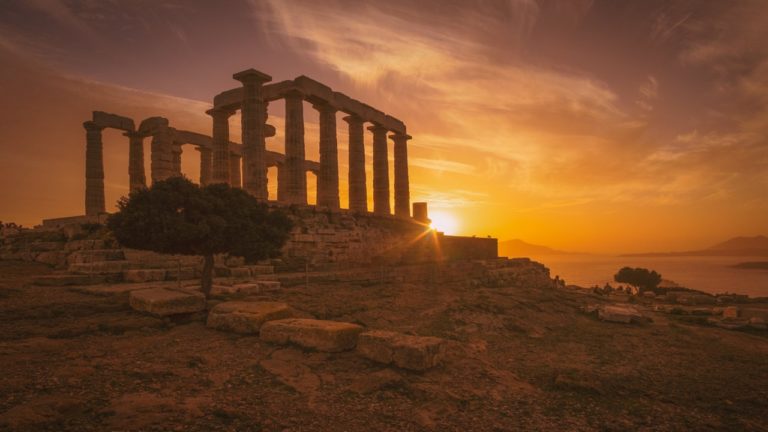 Lavrio, which was once the home to a steam-powered laundry and the ancient silver-mining tunnels, now holds an exciting Technological and Culture Park.

The area’s mining history spans back 4,000 years and hence tourists come from all around the world to admire the ruins.

There are also various restaurants in the area that serve all kinds of cuisines and cater to all kinds of tastes. Glyfada has a spirited nightlife and is celebrated among locals as an excellent place to party.

Athens Riviera has a number of beaches in its vicinity that attract locals and tourists alike.

However, the one that is widely considered to be the most beautiful and that is certainly the most visited is the “star” beach or Astir Beach as locals call it.

It has been the go-to beach for most Athenians for more than half a century.

Apart from Astir, there are numerous other beautiful suburban beaches including Loubarda, Varkiza, Eden, and Saronida.

Make a stop at Vouliagmeni Lake

Vouliagmeni Lake is situated in the heart of the Athenian Riviera and it’s a real hidden gem for nature lovers.

Set against the magnificent backdrop of an idyllic landscape and nestled below an imposing cliff, this lake is a rare geological phenomenon that invites guests to take a few hours off their schedules and relax in its sparkling waters.

The lake is connected with both the sea and a network of underwater thermal springs through which its brackish waters are constantly renewed.

Vouliagmeni lake is open for guests who visit it to enjoy refreshing thermal spa sessions while marveling at the impressive surroundings.

The Averof Floating Naval Museum is undeniably one of the most unique attractions in the Athens Riviera.

As the name suggests, the museum is housed in a real floating battleship that is called Averof and is actually the only armored cruiser ship in the world.

Averof was constructed at the beginning of the 20th century and served as a battleship for decades.

The ship and its crew played a significant part in major historical events of the country such as the Balkan Wars and the Asia Minor disaster.

Averof is widely celebrated throughout Greece as a crown jewel of the Greek navy and a national symbol of an unyielding spirit.

Where to Stay in Athens Riviera

The Athens Riviera has always been a popular luxury destination. It is beyond doubt a classy area and that is also reflected at the prices of the nearby resorts.

The resorts that are located in the area can be quite expensive and, ultimately, it all comes down to what kind of amenities and services visitors are after for their stay.

World-class hotels like Divani Apollon Palace & Thalasso, Poseidon Beach Villas, Four Seasons Hotel Astir Palace, and The Margi Hotel are only a few of the great options that are available on the Athenian Riviera.

Heads Up: Our preferred website to compare and book hotels is Booking.com. Best prices and many hotels you can book and then cancel with no cancelation penalty. For the individuals who need to book without using a travel agency, this is the most ideal approach to do it.

When to Visit the Athenian Riviera

Offering crystal-clear aquamarine waters and sandy shores, the Athens Riviera is unquestionably a destination that is ideal for summer vacations.

Nevertheless, the area boasts a mild Mediterranean climate that can make for a relaxing seaside vacation all year round.

The Athenian Riviera and the famous Apollo coast have way more to offer than blue flag beaches.

Here you’ll find anything you might be looking for for a perfect holiday; from historical ruins, spa, luxury hotels, high-end nightclubs, and sailing opportunities to volleyball courts, high-end restaurants, and everything in between.

Discover Athens, the Port of Piraeus, and the coastline of the Athenian Riviera at your own pace with a hop-on and hop-off ticket for 4 different bus lines!

The Athens Riviera is a luxury vacation spot in its own right. The next time you are planning to visit a beautiful beach close to Athens city center, remember that the emerald beaches along Athens Riviera are waiting to be discovered.

The temperature is perfect, averaging at 33°C in the summer and not below 10°C in the winter, making it an exciting beach destination for every time of the year.

In conclusion, the beautiful coastline that is affectionately nicknamed the Athenian Riviera should not be missing from your Athens bucket list.

Here you will get the chance to feel like you left the busy streets of Athens far behind while relaxing on a sandy beach, diving into the local gastronomy scene, and exploring magnificent natural wonders. 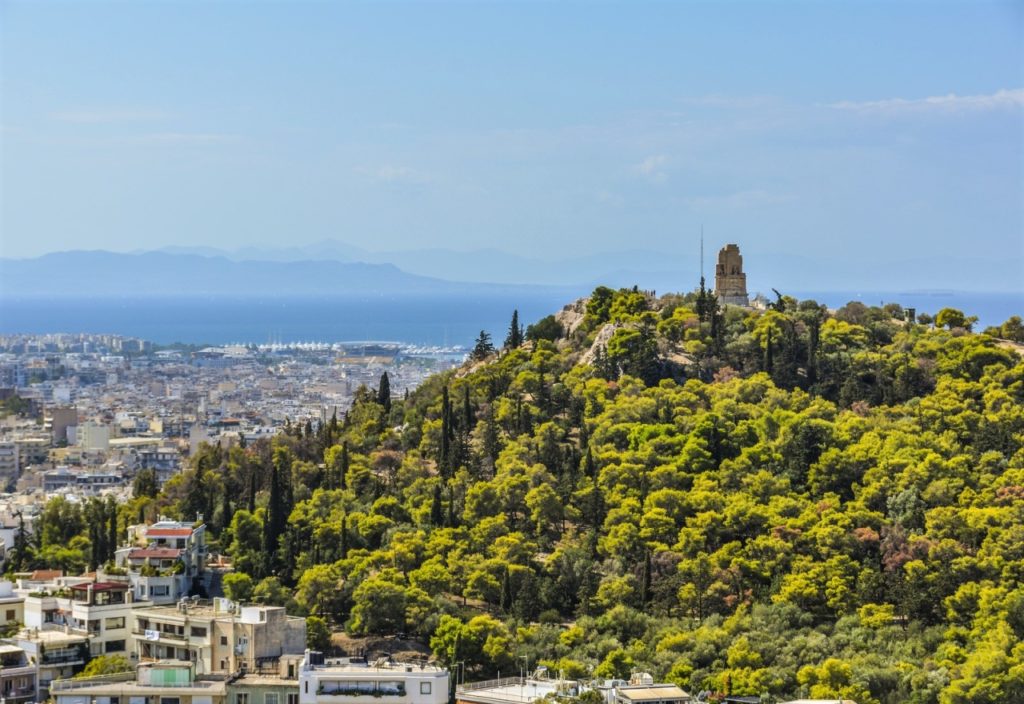 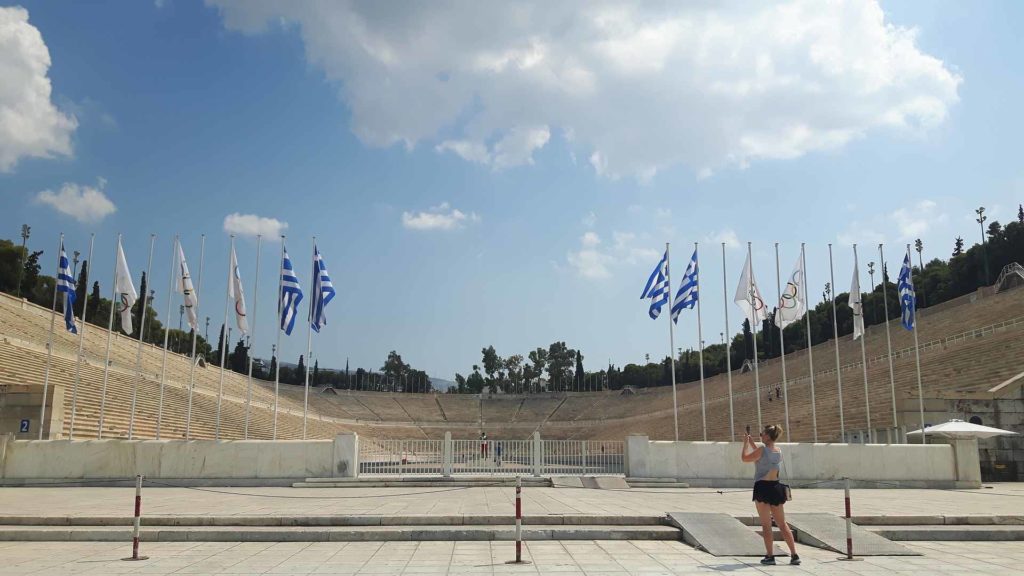 Athens in October [Tips – Weather – Things to Do] 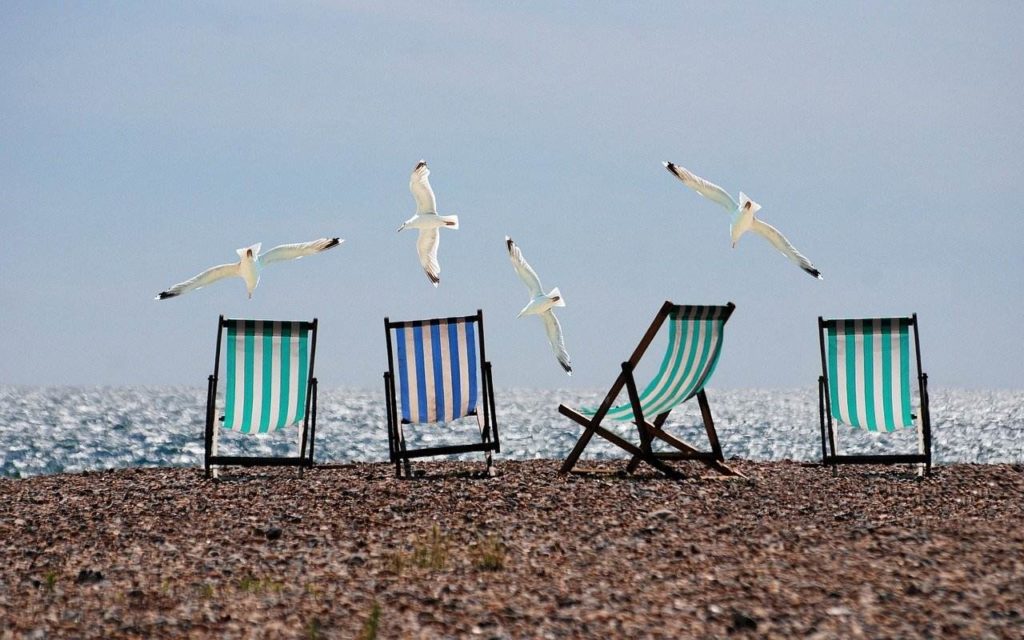 The 10 Best Beaches in Athens

Copyright © 2021 Athens By Locals © All rights reserved. No part of this site may be reproduced without our written permission.
Images owned by Athens By Locals. Image Banks or Companies promoted.