A day trip from Athens to Ancient Olympia might not be one of the first activities that come to mind when visiting the Greek capital.

However, even though Ancient Olympia is undoubtedly a less popular destination among some international travelers, it really is a must for those that are intrigued by the rich history of ancient Greece and who want to witness one of the most extraordinary historical places.

Located on the western coast of the Peloponnese, Ancient Olympia is the birthplace of the Olympic Games, the location where this tradition came to life nearly three thousand years ago.

Its historical significance and marvelous natural beauty will make a day trip from Athens to Olympia one to remember from your next vacation in Greece.

What Is Olympia Greece Famous For?

Olympia is most known for being the birthplace of the Olympic Games and the home of the famous stadium where this longstanding tradition made its first appearance.

The Olympic Games, however, were much more than an athletic competition. Ancient Olympia was one of the most important religious sanctuaries in the country.

In fact, the Olympic Games themselves were a part of broader religious festivities that were held in honor of Zeus and Pelops – the mythical king of Olympia.

Pilgrims would visit ancient Olympia every four years to worship the Olympian Gods and watch the games. It is said that for the duration of the festivals the wars and conflicts throughout Greece would cease to respect what has later been named the Olympic peace.

Is It Worth Going to Olympia Greece for a Day Trip?

Olympia is a great option for those that want to delve into the country’s rich history by visiting one of the most significant locations of ancient Greece; the place where the Olympic Games used to take place.

It’s also great for those that want to spend some time in peace and quiet while on holiday in Greece.

You can find a lot of destinations for a day trip from Athens, but a day trip to ancient Olympia is really unique because combines ancient antiquities, fascinating ruins, charming little villages, sandy shores, and beautiful landscapes.

The Peloponnese region is especially known for its natural beauty that combines mountainous landscapes with a long coastline and it’s an ideal place to get a feel of what life in rural Greece is like while escaping the more touristy destinations.

Getting to Ancient Olympia from Athens

The Peloponnese region in general is not very well connected with mainland Greece.

Nevertheless, this should not dispirit you from planning an amazing day trip from Athens to Olympia.

Below you will find all the information you need on how to get to Olympia and our recommendations for the best way to do it.

How Far Is Ancient Olympia From Athens?

The distance between the city center of Athens and the town of Olympia is approximately 300 kilometers (or about 186 miles).

Getting from downtown Athens to ancient Olympia by car would take about 3,5 hours depending on the traffic.

Athens to Olympia by Car

Whether you are planning to rent a car in Athens or drive your own car to reach Olympia, it is certainly the fastest way to get there. Besides, traveling by car will also give you the opportunity to come across some wonderful locations.

There are two ways you can reach Ancient Olympia from Athens by car.

Athens to Olympia by Bus

You can also travel from Athens to Ancient Olympia by bus. Local buses (or KTELs as they are called in Greece) depart from the bus terminal named Kifissos.

Unfortunately, Kifissos is not very easy to reach. You will have to take a taxi or a bus from the city center. Read our detailed guide on how to get around Athens to learn more.

Buses between Athens and Olympia usually run twice a day (yet we advise that you check the schedules beforehand) and the trip lasts a little less than 6 hours.

Athens to Ancient Olympia With a Guided Tour

Booking a guided, small-group, or private tour is unquestionably the best and most comfortable way to get to Olympia without having to drive or ride the bus.

There are plenty of options for guided tours to Ancient Olympia.

In addition, your guide will provide you with historical and cultural insight on Olympia’s ancient sites as well as interesting tidbits about the locations that you will see along the way such as the famous Corinth canal.

Things to Do and See in Ancient Olympia

A day trip from Athens to ancient Olympia is most definitely worth your time. It’s a unique place where history really comes to life.

Despite its small size, there are quite a few things to do and see in Olympia as well as some fascinating places nearby.

Here are our recommendations for the best things to do while on a day trip to Olympia:

Where else would you start? After all, seeing the stadium where the Olympic Games first started is probably one of the main reasons why you are visiting Ancient Olympia.

Apart from marveling at the site that gave birth to a massive worldwide event, you can also try your luck at running on the tracks where the ancient Greeks used to run.

Explore the Museum of the History of the Olympic Games

This museum might not be getting the recognition it deserves but it’s an excellent choice for those that want to dig a bit deeper into the history of the Olympic Games.

It features many antiquities, paintings, and mosaics that narrate the origins of the event and its religious and cultural importance for ancient Greeks.

Visit the archaeological site of Olympia

Apart from the famous stadium, the archaeological site of Olympia has many other attractions.

Here you will find the studio of Phidias, one of the most famous architects of ancient Greece, the ruins of the Temple of Zeus, the gymnasium where athletes used to train before the big event as well as other important ancient ruins.

Visit the Archaeological Museum of Olympia

This museum houses all the important artifacts and relics that were found on the archaeological site, including large parts of the Temple of Zeus that remain intact to this day.

The Archaeological Museum of Olympia (check opening hours and price tickets) is widely considered to be one of the most fascinating museums in the country.

When Is the Best Time to Visit Ancient Olympia?

Ancient Olympia is visited by tourists throughout the year. However, we recommend that you choose to plan your trip to Olympia in springtime or summer.

This way you will most probably avoid any chances of rain. The most famous attractions of ancient Olympia, after all, like the stadium and the archaeological site are outdoors.

Plus, traveling in good weather will make the trip much more enjoyable, as you will be able to stop and enjoy the countryside of the Peloponnese along the way.

We are certain that a day trip from Athens to Olympia is going to be one of the highlights of your next vacation in Athens.

Its magnificent views, wonderful ruins, and amazing history should not be missing from your itinerary. 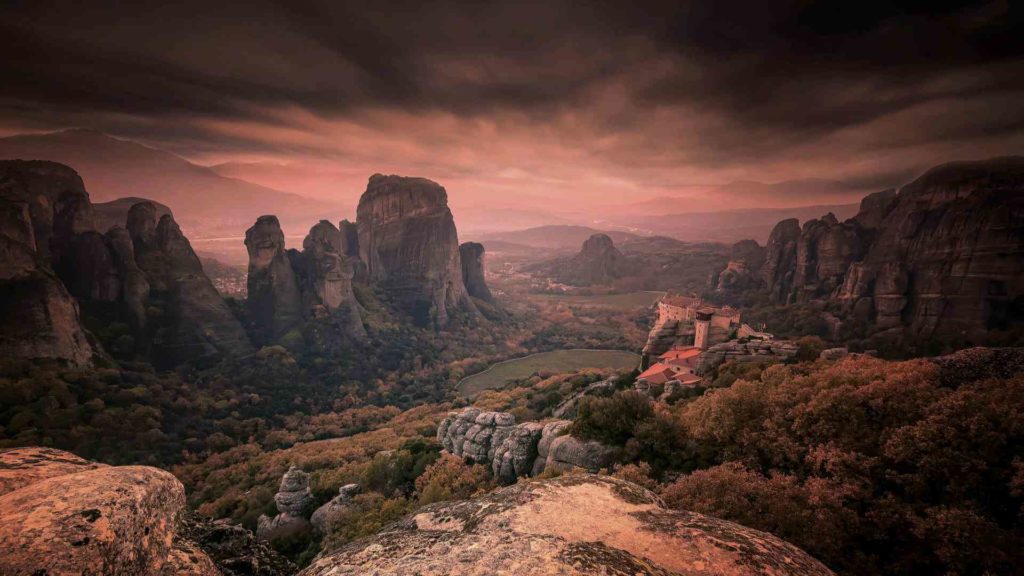 How To Organize the Perfect Trip From Athens to Meteora 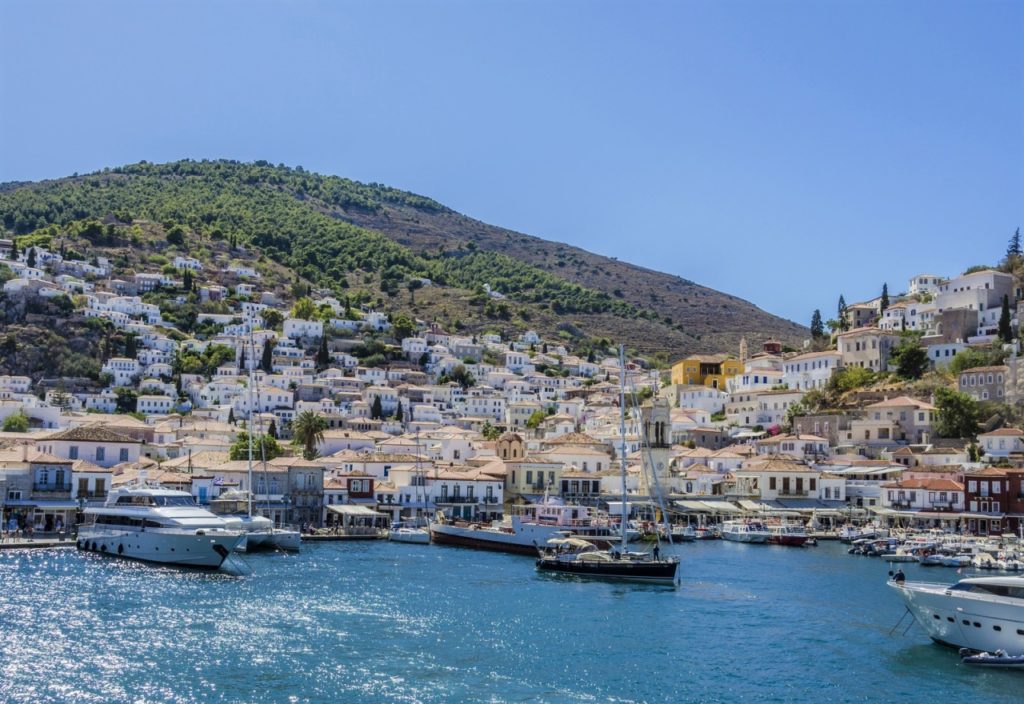 The Ideal Day Trip From Athens to Saronic Gulf Islands 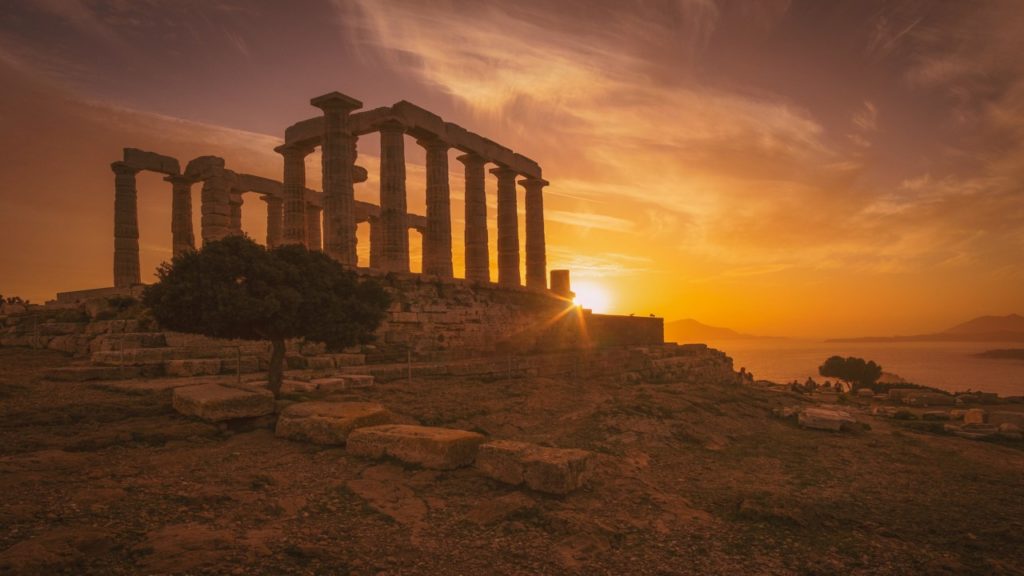