Having a basic understanding of how money in Greece works and how you can better handle your budget is inevitably going to be a crucial part of your trip to Athens.

This article gathers all the useful information you will need in one place for a trip without unpleasant surprises.

Below you’ll find practical info on the currency of Greece, the use of credit and debit cards and ATMs as well as a few tips for exchanging money while traveling to Athens.

The official currency of Greece has been the euro (€) since January 1st, 2002 when the country joined the Eurozone.

Thus, Greece shares a common currency with 19 out of 27 member countries of the European Union, meaning that you can use the same money while traveling throughout most of Europe.

Do You Need to Use Cash in Greece?

Although the big cities of Greece are now considered cash-free, you should always have some cash with you in Greece. That’s because there are some cases such as less touristy places or street vendors who are rarely equipped with POS machines and getting paid only in cash.

But let us explain. Up until recently, the everyday use of cash in Greece was very common both in major cities and the more rural areas. However, in the past few years, this has drastically changed.

Now, the major cities of Greece like Athens and Thessaloniki are cash-free to a great extent and the use of debit and credit cards is very widespread, especially at younger ages.

Almost all local businesses are using point of sale (POS) machines for all kinds of cards – even street kiosks and small shops.

This has made traveling through Greece easier for visitors since you won’t be needing to withdraw and carry around large sums of cash all the time.

Still, there are a few reasons why we’d recommend having some cash with you.

Firstly, in case you are planning to visit less touristic places like the countryside or the Greek islands – on a one-day trip from Athens for example.

Secondly, you might want to visit a flea market or buy something from a street vendor downtown.

Street stalls are rarely equipped with POS machines. Plus, paying a street vendor with a card automatically means that you won’t be able to bargain for the price.

It’s also important to note that sometimes hotels will ask for payment in cash even though you have paid for an advance with a credit card online.

To avoid such misunderstandings, we recommend booking your stay through booking.com and have complete peace of mind.

Can you use Us dollars in Greece?

No, you can’t use US dollars in Greece – or any other kind of foreign currency. You will need to exchange your money for euros, withdraw some euros from an ATM or use a credit or debit card.

You can exchange foreign currency at all the Greek and foreign banks as well as at currency exchange bureaus which you can find at the Athens International Airport, the port of Piraeus, and in the most popular areas downtown like Syntagma and Omonoia.

Keep in mind that you will need a passport to exchange cash and that the process may take longer than you would think if you choose to go to a local bank for the exchange.

Also, we suggest you ask for notes up to 50 euros as larger notes will be tough to use out on the street, especially at small shops.

Apart from banks and currency exchange bureaus, you can just withdraw some money from any ATM and receive euros. This is probably the easiest and least expensive option.

You can find more information on using ATMs in Greece below.

Here are some other tips for exchanging currency in Greece:

Where can you exchange currency in Athens?

If for whatever reason you would prefer to go to a local bank or currency exchange bureau to get cash rather than withdrawing from an ATM, you’ll have plenty of options in the city center of Athens. Here are a few of them:

Using an ATM is most probably the best way to get some cash in euro while you are traveling in Greece.

You will have no trouble finding an ATM in all of the popular neighborhoods of Athens in the city center and the suburbs.

A few typical places where you will spot ATMs are large squares, metro stations, supermarkets, shopping streets, and of course at the airport and all the major ports of Athens.

List with things you should know before using ATMs in Greece:

As mentioned above, the use of credit and debit cards is quickly becoming the norm in Greece. You’ll have no problem using a foreign card at hotels, shops, and supermarkets all over the country.

Yet, when it comes to small cafes and tavernas (especially in small places), you’ll need to ask beforehand if their POS is working and if they accept payment by card.

The most widely accepted cards are MasterCard and VISA.

You might have some trouble using a Diners Club or American Express credit card in certain places, as these mean a higher commission for local businesses.

According to local legislation, in order to use a credit card, you’ll have to have a chip-and-PIN card. If you don’t have one, you can request a PIN code from your bank a few weeks before leaving home.

When using a credit card, you can expect to pay a fee of about 3% for every transaction to cover currency exchange.

In general, we’d suggest using a credit card for any kind of purchases and payments and using a debit card for withdrawing cash – the credit card payments are not processed immediately, giving you time to dispute a transaction if needed.

We also strongly recommend getting in touch with your bank before leaving to inform them that you are traveling and to learn about their transaction and currency exchange fees and withdrawal limits in order to avoid having to worry about hidden fees while traveling.

If you are using a contactless card, you will have no problem making contactless transactions throughout Greece.

Keep in mind, however, that there is a daily limit of €50 contactless transactions. If you exceed this limit, you will have to insert your card into a POS and provide your Pin number.

There are several major banks in Greece. Most notably:

You can find branches of these banks in the city centers of all major cities. In Athens, you will find both bank branches and ATMs all over the city center in all the popular areas.

Banks are open from 8 am to 2 pm Monday to Friday, except on public holidays.

If you are planning to visit Greece for a short vacation, you won’t be able -and you definitely won’t need- to open a local bank account.

On the other hand, if you are planning to spend a long time in Greece as a staycation or as a digital nomad, setting up a bank account might be a preferable option.

Even though the use of credit and debit cards is quickly becoming the standard way of paying in international travel, there are still some people who prefer using traveler’s checks.

Keep in mind that you will probably be able to use these checks in the tourist areas of Athens but if you try using one in an area that is not frequented by tourists or any place other than Athens you will find that most locals have no idea what they are.

If you are carrying traveler’s checks on your trip, we strongly advise that you exchange them for cash at a local bank. If you do eventually use one, make sure that you have your passport with you.

Nowadays, the use of personal checks is very rare in Greece. You won’t be able to use personal checks at restaurants, hotels, or shops (except for rare occasions) or even exchange them for cash at a local bank.

In order for you to be able to manage your budget for a trip to Athens or Greece in general more efficiently (and to have an idea of how much cash you’ll need to be carrying around with you), it’s essential that you have a general feel of how much things cost.

Below you’ll find some indicative prices for everyday products and services.

Does Greece still use euros?

Yes. Greece has been using the euro since 2002 as the official currency.

Did Greece almost leave the Euro?

Although heated debates regarding leaving the Eurozone took place in 2015, Greece never actually left the Eurozone.

What ATM to use in Greece for UK cards?

Your UK bank cards will work on all ATMs in Greece.

What is the best currency to use in Greece?

In Greece, you won’t be able to use any currency other than the euro.

Do Greeks prefer to use cash or cards?

Greeks prefer to use cash even though businesses are now required to accept cards.

Is Greece cheap or expensive?

Greece is still relatively cheap for international visitors. You’ll find that everyday life is quite inexpensive, especially food and transportation. Plus, if you book your hotel well in advance, you’ll be able to book your stay at a bargain.

How safe are ATMs in Greece?

ATMs in Greece are very safe and trustworthy. Still, we suggest you prefer to use ATMs that are adjacent to a bank and not standalone ATMs.

We hope that this guide has provided all you need to know about money in Greece and that you will have no trouble managing your budget while traveling throughout the country.

Make sure that you prepare accordingly before leaving home and rest assured that there will be no unpleasant surprises waiting for you on your trip. 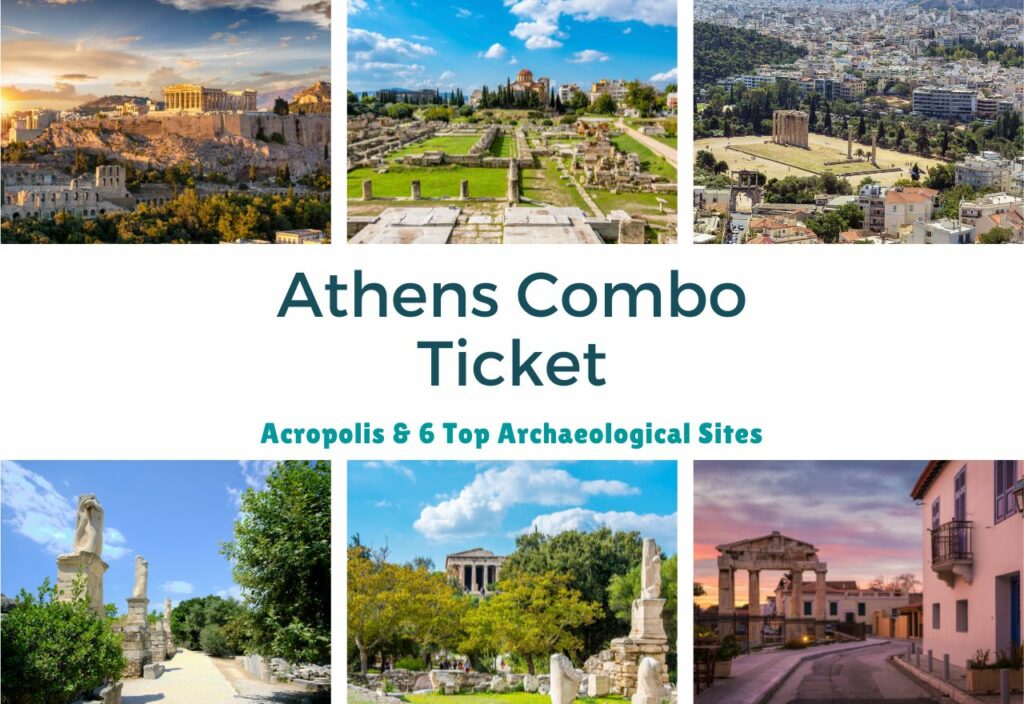 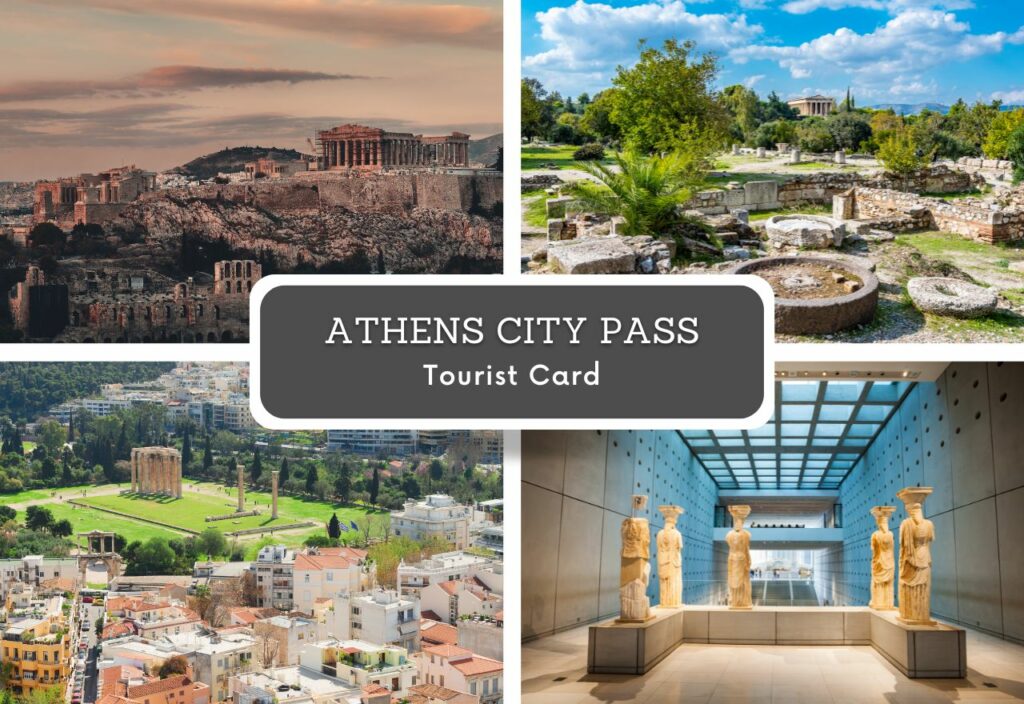 Athens Pass Tourist Card: Skip-the-Line Tickets for All the Must-See Attractions in Athens 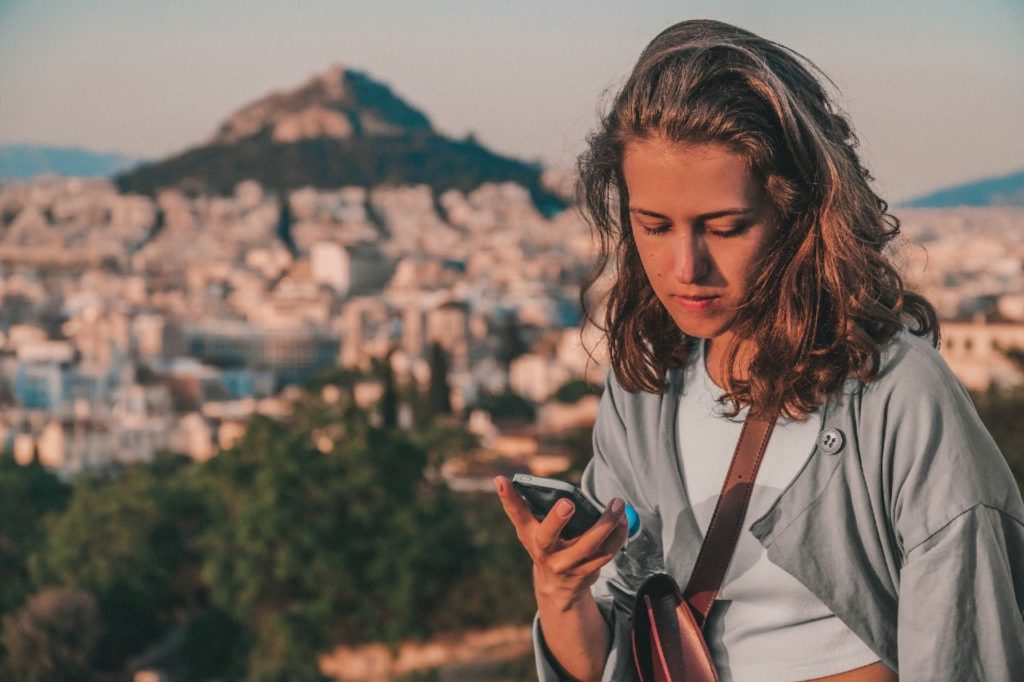