Travelers who visit Athens are left astonished by the wealth of archeological wonders the city holds. And there is no better place to experience the culture and history of Greece than the National Archaeological Museum of Athens, the largest museum in the country and one of the most important archaeological museums worldwide.

In this article, we’ll go over everything you need to know about the famous museum including useful information like the opening times and entrance fees as well as its history and the most significant exhibits and collections.

Read on and get ready to dive into the city’s culture.

What Makes the National Archaeological Museum in Athens so Special?

The National Archaeological Museum was originally planned as a treasury that would hold all the important archaeological finds of the 19th century from in and around Athens.

Its collections, however, were growing so rapidly that it was gradually turned into a central archaeological museum that contained the most important artifacts found all over the country.

The museum is housed in a stunning neoclassical building of the 19th century designed by L. Lange and remodeled by Ernst Ziller (the mastermind architect responsible for the creation of the famous Athenian Trilogy) that is a real gem in the heart of Athens. 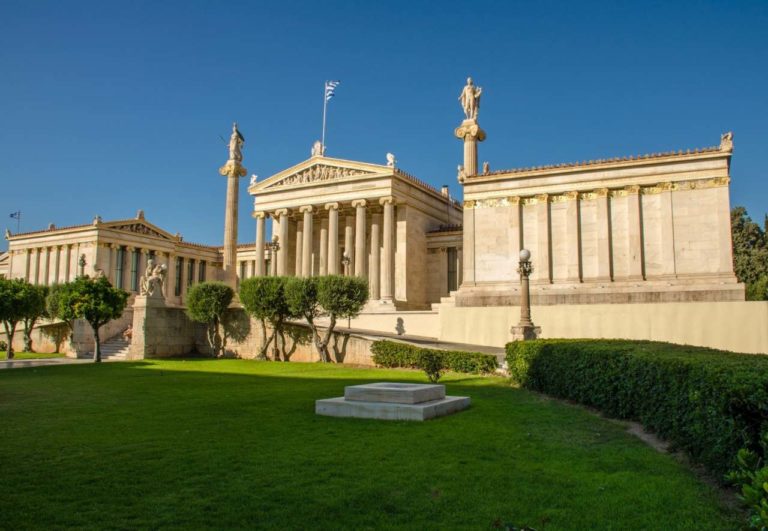 Today, the National Archaeological Museum is home to more than 11,000 exhibits from all eras and places, split into dozens of halls and different collections that narrate the turbulent past of Greece from the Prehistoric era to Late Antiquity.

Apart from the major permanent collections that we will break down below, the museum also features numerous temporary collections, a massive library with more than 20,000 items including rare ancient manuscripts, philosophy and science volumes, a vast photography archive and several conservation laboratories that double as research centers for international scholars.

Book on line your ticket to the National Museum now

A Brief History of the National Archaeological Museum of Athens

Founded in 1829, the National Archaeological Museum was the country’s first museum after the Greek Revolution of 1821.

It was relocated to Athens from Aegina (the former capital of Greece) in 1834 and opened its doors to the public in 1889 a few years after Lange and Ziller’s vision of the building that would house it became a reality.

During the Second World War, the exhibits of the museum were boxed and buried in the building’s basement and other locations to preserve the treasures of antiquity.

It reopened in 1947 but re-introducing all the exhibits to its halls took a little less than 20 years.

It was renovated once again later on, in 2002 after suffering damages in the 1999 earthquake that hit Athens and it has been welcoming thousands of visitors every year ever since.

Collections of the National Archaeological Museum

With exhibition halls that span a total of over 8,000 m², tens of different halls, and thousands of exhibits, walking through the National Archaeological Museum can be overwhelming for first-time visitors.

However, the museum’s directors have done an incredible job in dividing all the exhibits into six major collections. These are:

Includes all kinds of finds from the Aegean region and the most significant civilizations that flourished in the area from the sixth to the second millennium BC – the Neolithic, the Cycladic, and the Mycenaean. It also features archaeological treasures from the prehistoric settlement of Thera.

This is the largest and most magnificent collection of sculptures in the country that includes works of art from the 7th to the 5th century BC.

The Vase and Minor Objects Collection

It encompasses the most important and representative artifacts and ceramics of ancient Greek pottery from the 11th century BC up to the Roman period. It also features the Stathatos Collection which includes items from every period of ancient Greece.

Book your ticket to the National Museum now

Featuring metal artifacts and bronze masterpieces like figurines, statues, vases and weapons from the Geometric to the Roman Period. It also includes the world-famous Antikythera mechanism.

The only collection of its kind in Greece, it features rare Egyptian and near-eastern archaeological finds from 5000 BC (the pre-Dynastic period) to the Roman conquest.

Formed from the 19th century and onwards, this collection features more than 800 works that narrate the history of Cyprus from the Early Bronze Age to the Roman Period.

Please remember that these are not all of the exhibitions you’ll find at the museum which regularly hosts all kinds of fascinating temporary exhibitions.

Still confused? You can always download a blueprint map of the National Archaeological Museum for free! Find it here.

Book on line your tickets to the National Museum now

National Archaeological Museum Highlights: All the Exhibits You Can’t Miss

Learning that the National Archaeological Museum is home to so many exhibits and fascinating artifacts, it’s only natural to be a little worried about having enough time to go over all of them.

In fact, it’s not uncommon for travelers to visit the museum multiple times to enjoy all the exhibits.

If you can’t afford to spend a whole day or even a few hours here, there are a few things that you definitely should not miss. Find out which below.

The Horse and Jockey Statue

One of the most important centerpieces of the museum, this magnificent real-size bronze statue depicting a racehorse dates back to 140 BC. Notice the sign of Goddess Nike on the horse’s right thigh.

This is probably the museum’s most popular exhibit, a puzzling mechanical device the exact use of which remains unknown. It was discovered in 1901, after spending thousands of years in the bottom of the sea.

The Statue of Zeus (or Poseidon)

It’s still unclear which Olympian God was tributed with this magnificent bronze statue that dates back to 460 BC. It’s one of the few remaining works of art from that time and one of the museum’s most talked-about exhibits.

The Statues of Kouros and Kore

Literally translating to “young male” and “young female”, Kouros and Kore were sculpted circa 550 BC on the island of Paros. Both are considered to be two of the most complete examples of Archaic art surviving to this day.

The Golden Mask of Agamemnon

Dating back to the 16th century BC, the golden death mask of Agamemnon is perhaps the single most representative artifact of the Bronze Age of Greece.

An excavation of the ancient necropolis of Kerameikos that took place in 1891 revealed two sarcophagi in excellent condition. Inside were two skeletons as well as 9 beautiful ancient vases that were most likely part of the burial ritual of the time.

It is believed that this spectacular clay vase that features Goddess Aphrodite was created to be given away as a wedding gift to a young woman around 420 BC.

Book your ticket to the National Museum now

The Café Inside the National Archaeological Museum

Some of you may find that browsing through that many exhibits and taking in so much information about the history of Greece can be exhausting.

Luckily for you, the National Archaeological Museum is home to a charming outdoor café where you can relax and catch a breath.

But this café is much more than a resting place. It’s an artistic venue that features the works of both local and international artists, hosts musical performances, and has a magnificent garden decorated with over 700 different kinds of plants.

Local’s tip: The entrance to the café is free and you can enter even if you don’t have a ticket for the museum.

This is far from the only museum café in the city that is worth your attention. Discover some spectacular museum cafés and restaurants right below. 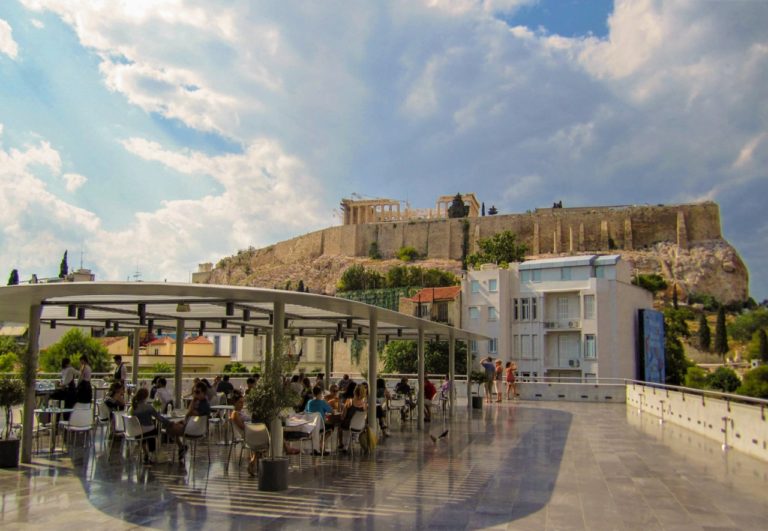 The museum provides access to people with disabilities via a side door with a ramp located on Vasileos Herakleiou street.

Inside the museum, there is a spacious lift that grants access to the first floor and the basement.

In the basement, you’ll find a WC designated for disabled individuals.

People with partial or total loss of vision can request a special list of 20 exhibits that can be accessed with the help of the staff. You can find the list here.

Additionally, the museum organizes several different educational tours and workshops for people with impaired vision, deafness, or special needs which are carried out by expert archaeologists.

The availability of these activities depends on the demand.

Entrance Fees and Opening Times of the National Archaeological Museum

The Museum is closed on:

Click here and book your ticket to the National Archaeology Museum

How to Get to the National Archaeological Museum

The National Archaeological Museum is located in the heart of Athens, on Patission Avenue. Getting there is quite easy no matter where you are in downtown Athens. Here are your options:

All in all, among the other museums in the Greek capital, the National Archaeological Museum of Athens is an experience that you can’t miss, even if you are not a history buff.

Its exhibits will give you so much insight into what life in ancient Greece was like that you are guaranteed to see the city in a new light after your visit, and appreciate the rest of your trip to Athens even more. 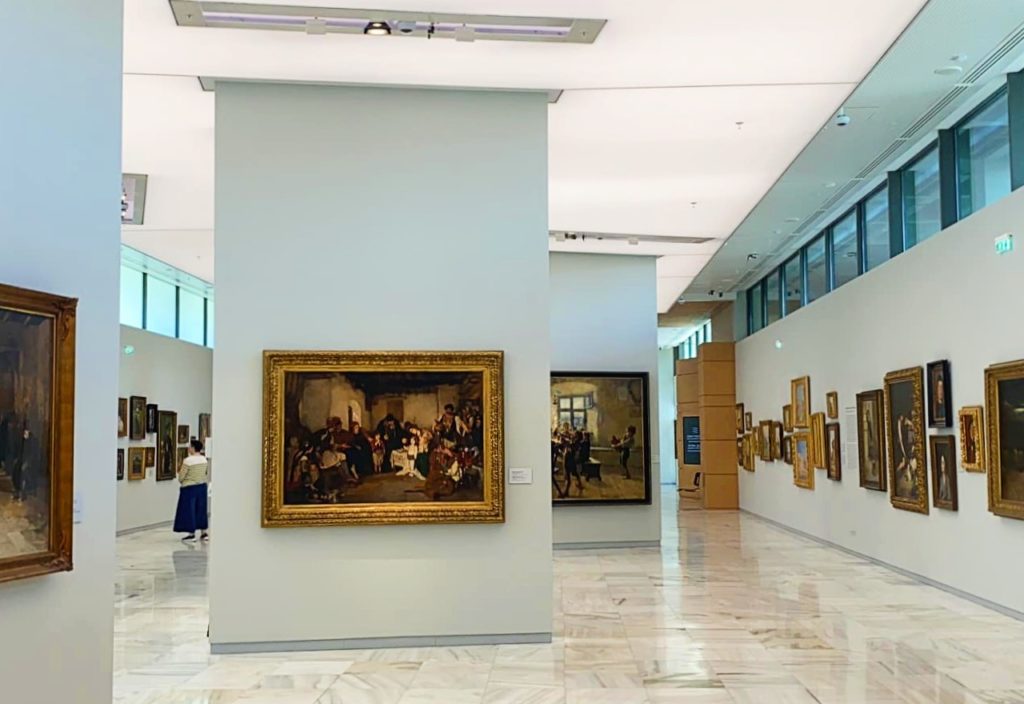 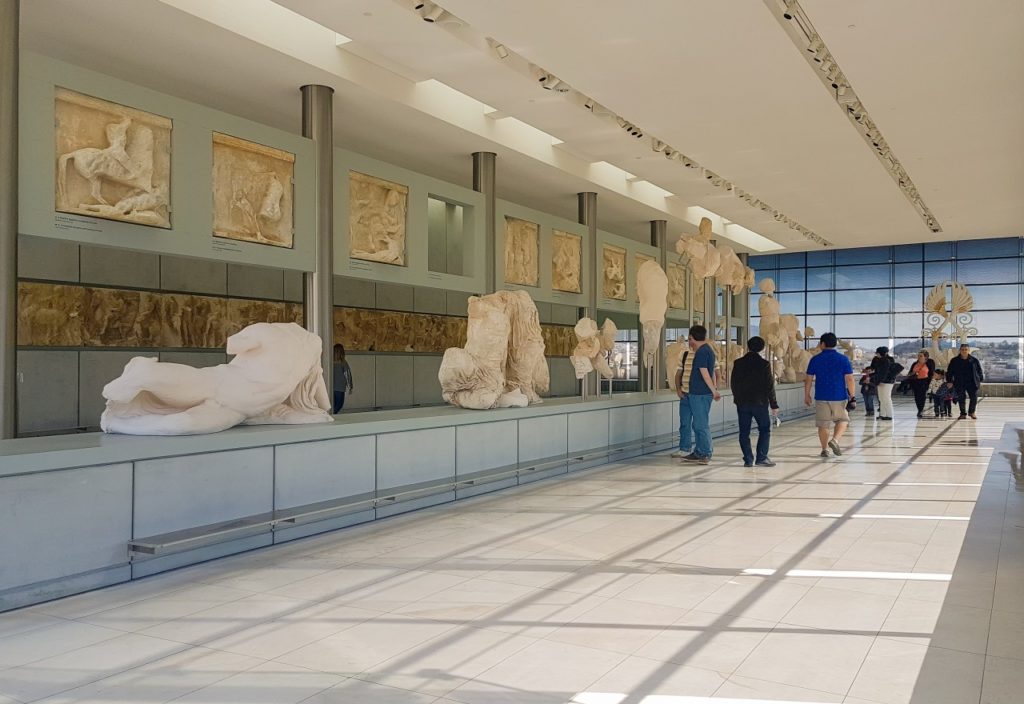 The Acropolis Museum in Athens: How to Visit One of the Best Museums in the World 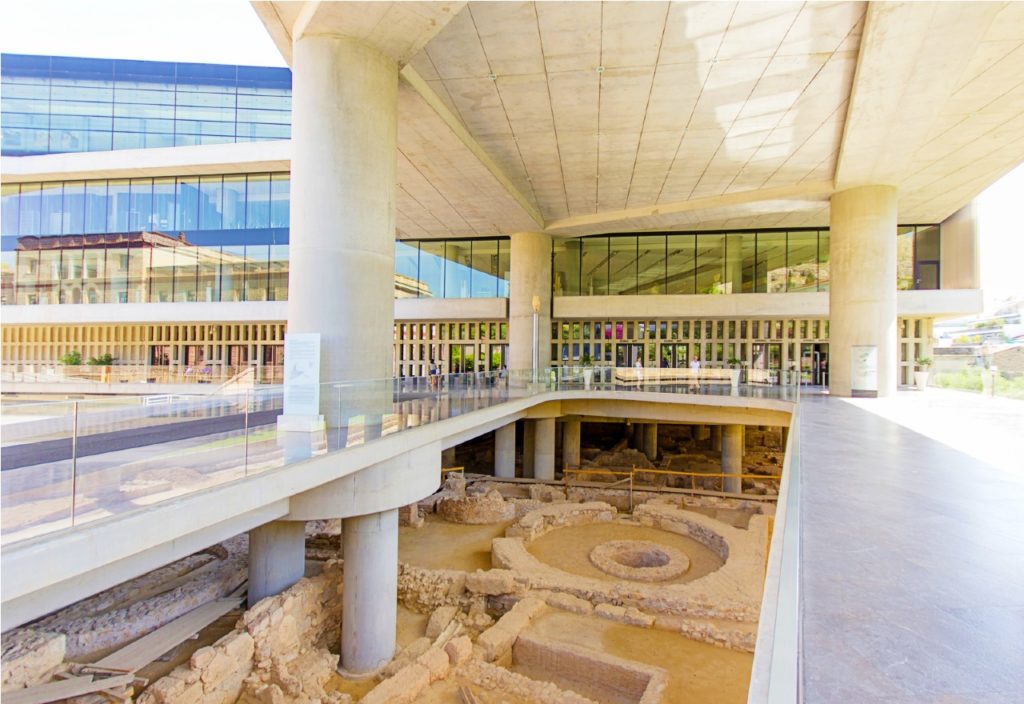 A Detailed Guide About The Great and Small Museums in Athens